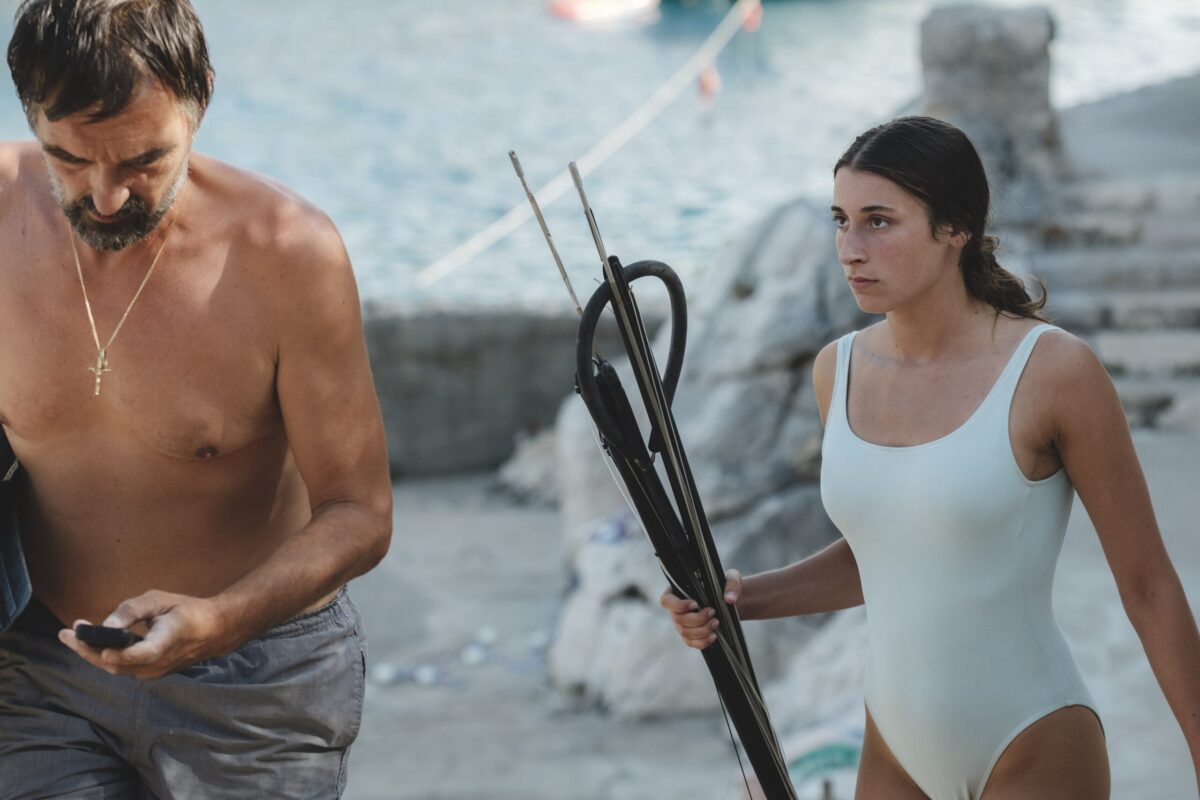 Kuba Armata: Murina has proven to be one of the most acclaimed films among those screened at the latest edition of the Ale Kino! International Young Audience Film Festival. It has been shown at several important festivals and won the prestigious Camera d'Or in Cannes for the best debut. Can one imagine a better start for a professional career?

Antoneta Alamat Kusijanović: This was altogether quite a crazy experience for me, because I went to Cannes with my film, but I was also nine months pregnant. While I was still able to take part in the premiere, I couldn’t attend the award ceremony itself, because I had given birth in the meantime. So I can say I received more than one award. It was a beautiful, but rather surreal time. People often ask me how I felt back then. It’s a bit like I was eating the best delicacies, one after the other. You don’t exactly feel it at that moment, because everything is so special. It took some time for me to calm down my emotions and understand what winning the Golden Camera could mean for my future career.

Do you feel that having been awarded at an event like Cannes opens many doors for you?

So I assume you are already working on your next full-length feature?

I started working on my new project even before the Cannes Festival. I currently have ideas for two films in my mind. One of them is set in New York, among Balkan immigrants, the other – in Mexico. The first one is a story of a woman running a construction company who has to confront her cheating husband. It leads her to change her point of view on patriarchy and life in general. The second story revolves around a mother and daughter who travel to Mexico during the holidays between Christmas and New Year.

Considering where your new films are set, but also the fact that you currently live in New York, why did you decide to return to Croatian landscapes in your debut Murina?

I have lived in New York for thirteen years now. I function between Europe and the United States because it is exactly what I have always wanted. Nonetheless, I was born and raised in Croatia. I moved out of there after graduation to continue my path to become a director. But I had a feeling that Croatia was the world I was the closest to, because I knew it best. That is why I decided to use the background, landscapes and emotional temperature characteristic of that place in Murina.

When did you start thinking about your full-length feature debut?

Before Murina, I made a short film entitled Into the Blue, where I explored what would happen if a child could be as cruel as an adult – in an archetypal dimension, like in Shakespeare’s Othello. I really enjoyed working with four characters who had to function together in a confined space. Nature also played an important role – oppressive, dangerous, disturbing. I realised that the confrontation between the outside and the characters’ inner world generated a lot of tension. I have always been interested in stories based on the emotional states, experiences or relationships between the characters, and those were the building blocks for the plot. In the case of this short film, I worked with a young actress, Gracija Filipović. I realised at some point that I would like to write something especially for her. Inspired by the Balkan mentality, which I know well, I wrote a story about three adults behaving like children and one young person who is really mature.

How did you come across Gracija in the first place?

I met her in Dubrovnik, where I come from. She lived literally five hundred metres from my house. I was doing a big casting for a music video once and Gracija just happened to show up. She was excellent, and her face attracted the camera like no one else’s at the time. We started working together in 2014, when she was nine years old. Murina was shot in 2019. During those five years, I prepared Gracija to play Juliet. Initially, I had a rather precise vision of the character, but I also always liked actors who look to find their own way into the character. I tend to focus on the mood, the tone, the scale of emotions, I outline the mentality. It’s a layer that I try to control. But if I think that what the actors discover fits the film, I am happy to use it.

You mentioned the role of nature in your films. In this context, water seems to be particularly important – it’s where a significant part of the action of Murina takes place.

Water is a separate universe for me. It runs according to the same rules the outer space does. No matter how many people surround you, underwater, you are always alone. In Julia’s case, this generates different feelings – from exploration and sensual desires to being on the verge of a need for bloodshed. It is completely different to be with someone above and below the water’s surface, not to mention deep diving. It gives Julia the opportunity to explore a world in which she feels at ease, while above the surface, on land, she is stressed. The water is a reflection of my character’s emotional states. 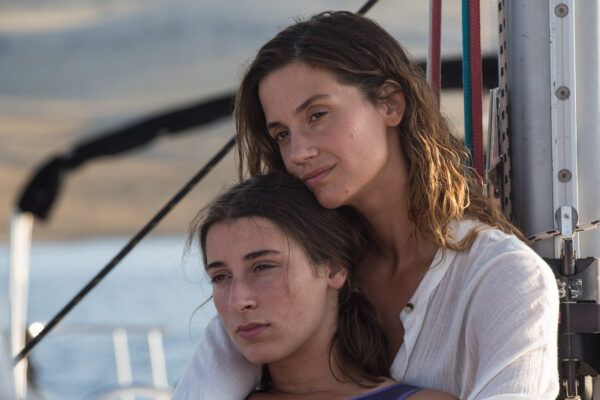 Speaking of emotional states, it is interesting to note the contrast between the almost paradise-like landscape and Julia’s sense of unfulfillment, lack of happiness.

I have always been convinced that this beautiful, almost utopian space is also very dangerous. If someone tells me about a wonderful sandy beach and turquoise water, I immediately see horror-film images in my head. I see it as a violent space designed for bloodshed. I applied similar criteria when looking for locations for the film. I wanted a place without vegetation, without shade, where the characters have nowhere to hide to take a deep breath or to reflect. They are always exposed – on a boat, a rock or even in the house, and they can experience the harshness of nature first-hand. It seems to me that the emotions generated around them could not emerge in a comfortable, air-conditioned apartment. In Murina, nature determines what happens within the characters. In general, I think that our behaviour depends very much on the architecture that surrounds us.

Julia’s relationship with her father is certainly full of tension, even violence. Many Balkan directors argue that the older generation has trouble showing affection because of their experiences and the trauma of war. Do you agree?

I think the violence we are dealing with here is universal. It exists everywhere. As Croats, we have a label that violence is inscribed in our mentality. But this is not true, it is a false assumption which should be negated. This is simply a way of justifying chauvinism and violence, because it is easier that way. But violence comes from very different sources. One of them has been the transition from communism to capitalism. We assume, once again wrongly, that those who are successful achieved their success without putting much effort, through some sort of shenanigans. The desire to accumulate gains quickly and easily, without much effort, is evident in Croatia. Those who do not succeed and find it hard to get by bring their crisis upon their own families. There is also a problem with women, who – due to their fear of aging among other things – only reinforce patriarchy. I have the impression that all these problems have been elevated to a higher level in the Balkans.

One of the producers of Murina is Martin Scorsese himself. How did he influence the film?

Like the other producers, he did a lot for the film to be produced at all. I spoke to him many times during post-production. He saw the draft and gave me feedback. The most important idea was that it is the director was is best suited to decide about the film, as no one else devoted so much time to its creation. This worked as an encouragement for me to boldly follow my intuition. 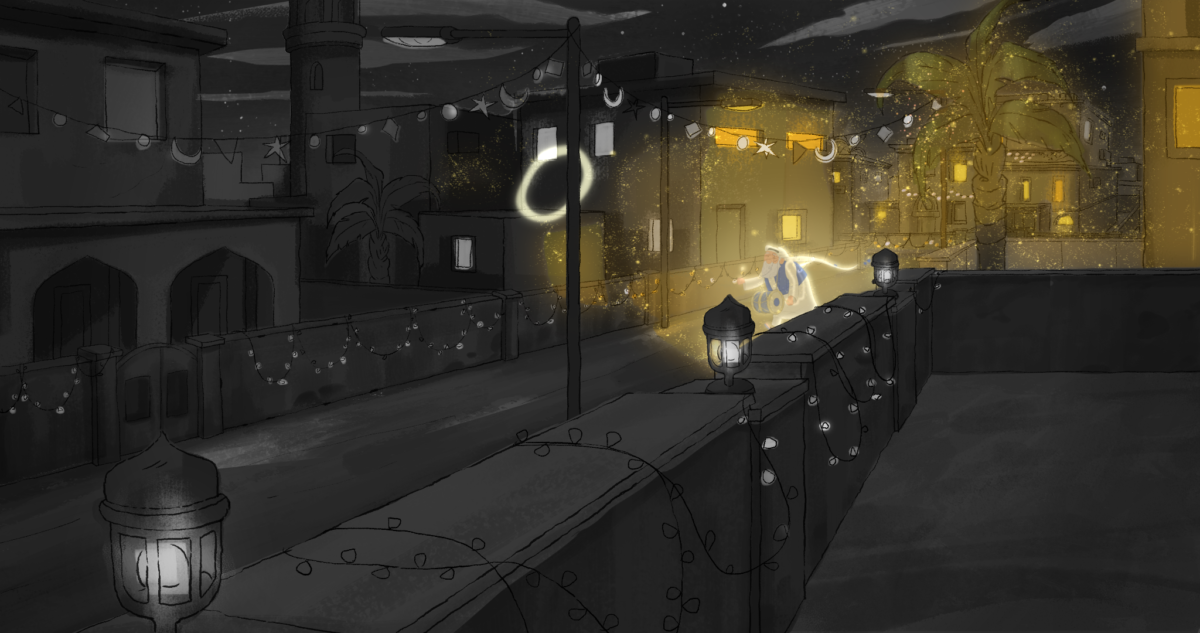