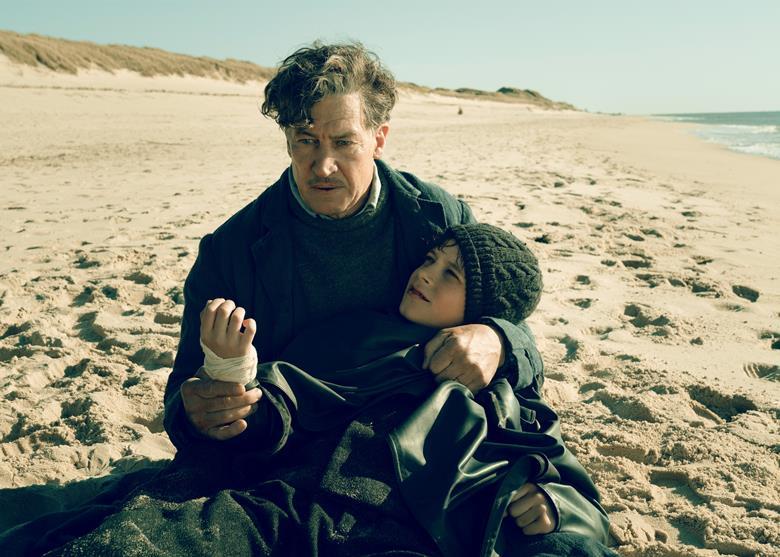 ‘The German Lesson’ is one of my favourites at this year’s Festival. The film directed by Christian Schwochow has been made with great attention to the visual aspect and to every detail (Frank Lamm has received two awards for best cinematography), and these brilliantly applied filmic devices are fully symbiotic with the story that is presented. It is a personal depiction of Nazi times, when Hitler, driven by his urge to put the world in order, decided to dispose of among others the ‘sick art’. The plot is based on a novel written by Siegfried Lenz in 1968 (published in Poland in 1971). 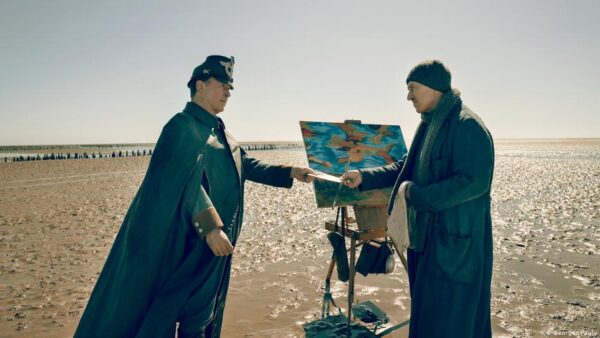 The background – fighting the ‘sick art’

Let’s bear in mind that being an unfulfilled artist, anti-intellectual, and populist politician, Hitler rejected all innovative art movements like: Cubism, Dadaism, Futurism, and Expressionism. In Germany, as early as in the 1930s special ‘anti-exhibitions’ were organised to discourage people from paintings that were ‘harmful to the German soul’ and referred to as ‘in decay’ and ‘degenerate’. In 1937, in one of his most aggressive speeches the fuehrer condemned modern art. That same year, a special exhibition entitled ‘Degenerate Art’ was opened in Munich. It showed the criticized works accompanied by vulgar remarks addressed to artists of great stature such as Pablo Picasso, Oskar Kokoschka, Paul Klee, Marc Chagall, Emil Nolde, Max Ernst and Otto Dix. Works of ‘sick art’ were confiscated from both museums and private collectors; at first the aim was to condemn, and then in 1939, to burn them. 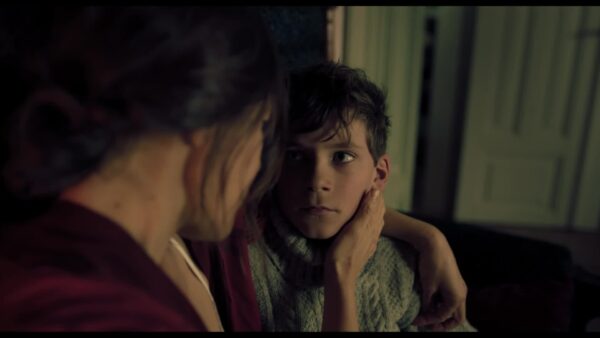 This is the reality shown in the film, though the action takes place on some small German island, which Hitler’s directives maybe wouldn’t have reached were it not for the local police constable Jens, who is overly diligent in fulfilling his duties. Jens in friends with Max, a talented painter (Emil Nolde was a model for this character), on whom he focuses his police work. First, he orders him to get rid of his works and stop painting. He keeps controlling him and intruding his house. Later, Jens confiscates the paintings in line with the orders. The thing is that were it not for the overzealous policeman, Max could have somehow survived with his paintings on the island located far away from the capital. This proverbial ‘world’s end’ is brilliantly depicted by means of long shots which show deserted beaches, a long way to the land, spaces where humans are rarely seen. The dominant colours of the film are grey and black, sometimes patinated or faded hues, which heightens the feeling of hopelessness. Lively and intense colours appear almost exclusively on the forbidden works of art and during painting scenes. This sensory contrast makes the audience acutely feel that colourfulness is being appropriated by the spreading and sickening greyness. 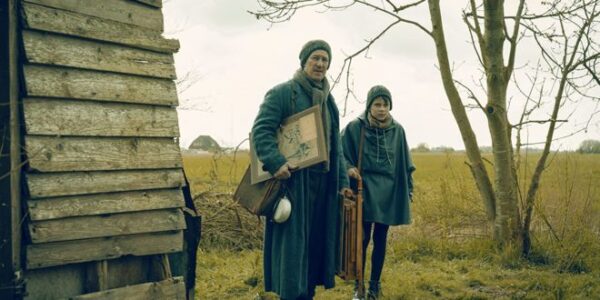 What is most crucial in the story is the title ‘German lesson’ – a project to bring up a new human, which in the island microworld is implemented by Jens, who is trying to turn his son into ‘someone useful’. He wants to achieve that by means of beating and thinks that his unwavering persistence will make his son be obedient and learn that ‘one needs to fulfil their duty even if the circumstances change’. In this situation, the duty consists in following the painter, who is the boy’s friend, and denouncing him to the father if he continues painting. The claustrophobic situation of Jens’s family is emphasized by the ever-present darkness: the half-timbered house is filled with little light, many scenes of intruding the painter’s house take place at night, and the interplay of darkness and half-light heightens the feeling of being cornered. The painter tries to help his friend out of the darkness, explaining that ‘sometimes one needs to do something against the sense of duty’ and that ‘we need to be able to talk with one another’. But all those attempts go in vain when faced with a wall built on the conviction that ‘one mustn’t infringe the law’, which is forced upon many generations of Germans. 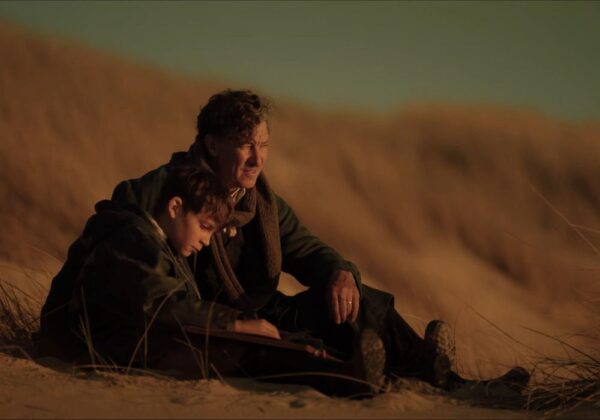 A semantic framing device has been used in this film: both at the beginning and in the end we see Siggi at a young offenders’ institution. He has been sent there for stealing Max’s paintings, which after the war is not considered good service but a crime. The young offenders are supposed to write an essay with the meaningful title ‘Joy from Fulfilling Duties’. The fact that the youth reformation plan took such a shape can be interpreted to mean that the ideology of the new human project has survived the war. The essay title resembles a different well-known oxymoron ‘Arbeit macht frei’. Notwithstanding the main message of the book on which the image was based, the film seems to pose a very relevant question: ‘how do state institutions shape educational models?’. At first, Siggi cannot start his essay, but when locked in solitary for not completing the task, he begins to write a lengthy confession. We do not know what he has written. We might think that it is a long complaint about his father, but the signs of masochism and compulsive obedience make us fear that the sense of duty has been implemented deeply. Especially the scene when he is released from the institution is terrifying: long, dark shadows moving away in a corridor resemble one of the most striking paintings of the persecuted artist.